It's sometimes the case that a User wants to 'bulk change' a selection of records or even all records. Batch actions is a feature that enables Users to do just that. Each module in ChurchSuite has its own 'batch action' functionality, with more batch actions planned for the future.

Within the Groups section of the Small Groups module, selecting one or more groups will reveal the Actions menu, allowing a user to perform batch actions on the selected groups. 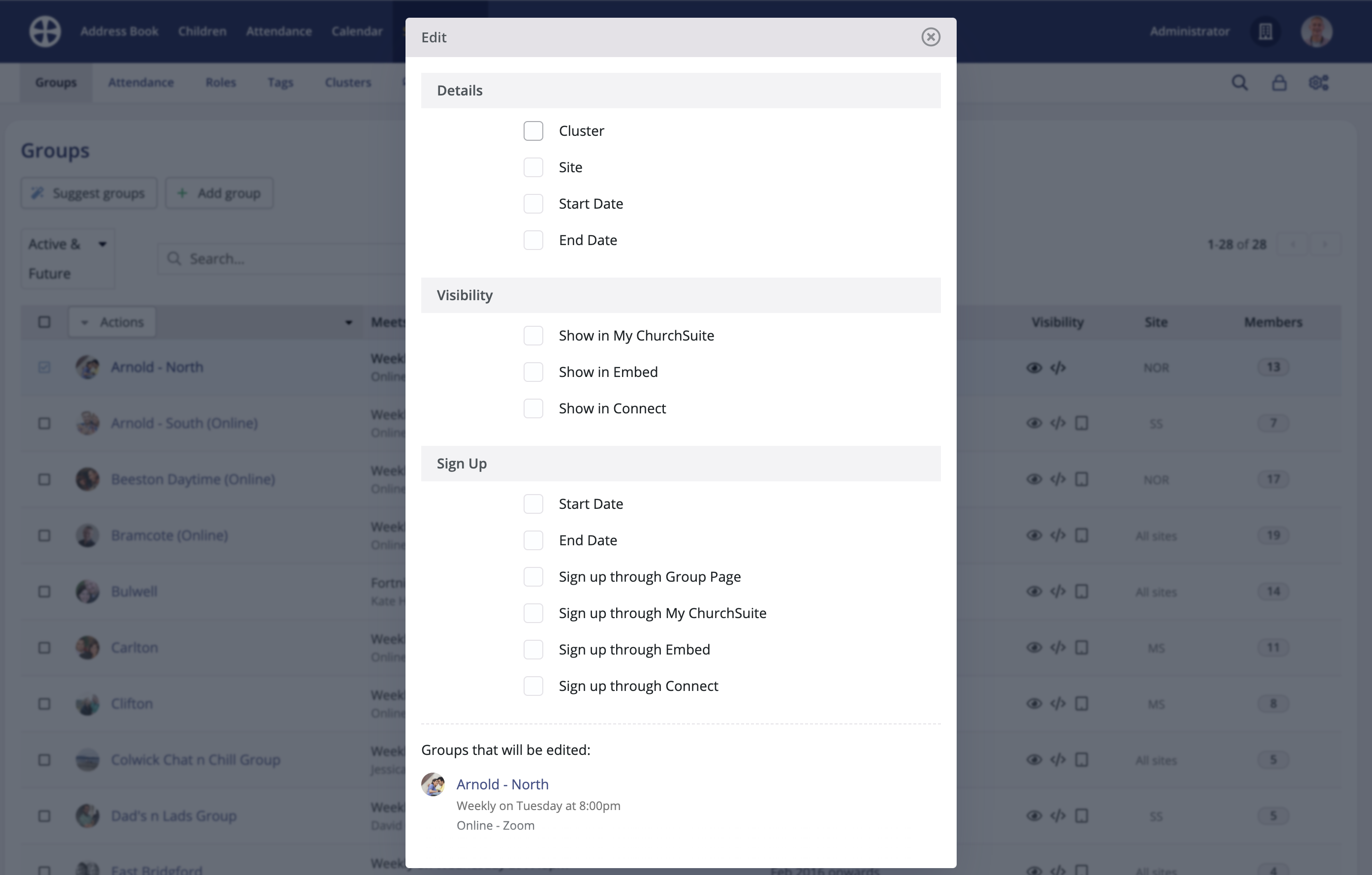 From the the Members tab of each group's "View" page there are also batch actions available. 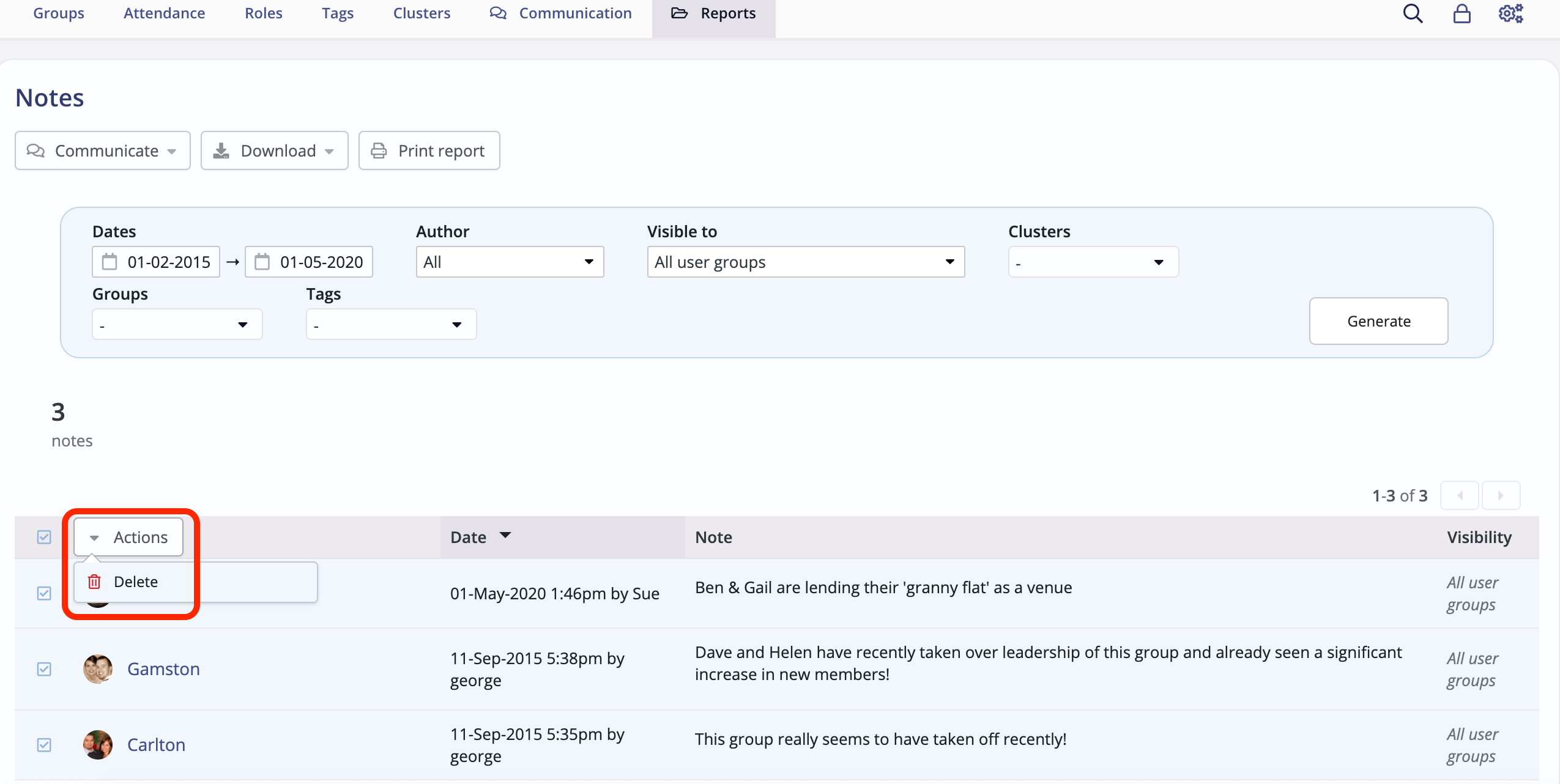